The timetable is a new feature with VOIspeed 6. The timetable is composed of one or more time windows that can be allocated to one or more routing rules. Time table is the tool used by the VOIspeed to define its functioning in the period of specified time blocks which are used to determine the behaviour of the PBX.

You can define the different timetables on different routing rules on the PBX. For example, you can create a timetable for the offices opening hours which will instruct the PBX to answer the calls during the opening hours and forward them to the destination based on the routing rules and for the out of hours you can play the message. Based on the time provided by the server machine that hosts the PBX, timetable will be determined by the PBX.

To manage the timetables, go to Settings -->Timetables node.

The timetables tab displays all the available tables on the phone server. You can see the number of timetables stored in each table, and new table will display 0 timetables. You can

modify the timetables by clicking on the respective buttons.

You can create the timetable after adding a new table, and then select the show details button 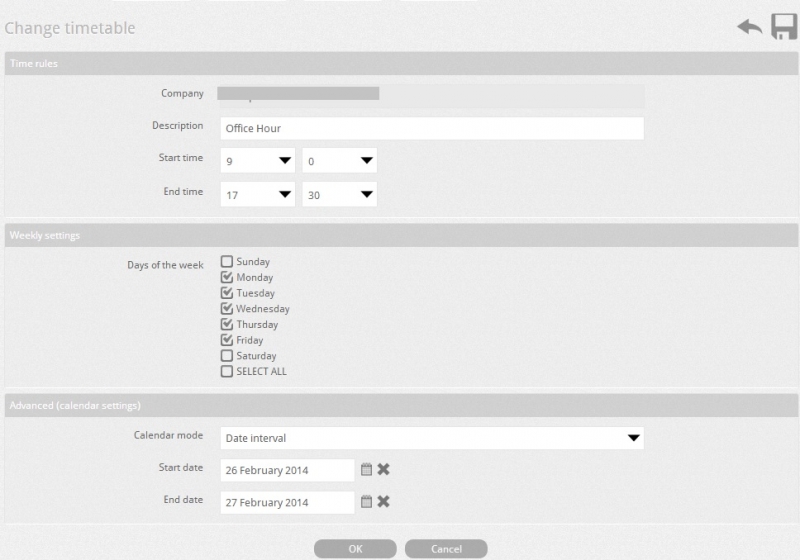 Examples of Creating the Timetables:

You can set timetables for limited time period by using the parameters listed above. When call is received by the PBX it compares each of the timetables and then selects one according to the parameter rules.

See some timetables example below: